Want to learn some secrets for living without sinus pain, sinus congestion and frequent sinus infections? You’re going to be surprised to learn the common-sense approach which Sinus Survival followers have discovered. 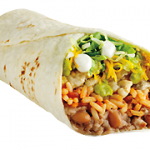 So what does a burrito have to do with my sinuses? Let me first share that I was told by doctors that I had the following conditions: chronic sinusitis, allergic rhinitis, rush, indigestion, heartburn and GERD. For years my symptoms became worse and the number of symptoms grew. I followed medical advice and had sinus surgery, which didn’t help. I took every Rx medication one could think of, a purple pill for indigestion, antacids, nasal steroids daily, antibiotics 5x to 6x a year, decongestants, analgesics, sleeping pills….I felt miserable most of the time. My head hurt, my sinuses felt like they were going to explode for years. I had a routine cough, had to constantly clear my throat and had nasty mucus drainage. Sleep became an interrupted exchange of coughing attacks, hacking, snorting and trying clearing my throat of phlegm and post nasal drip. It was disgusting.

Okay, back to the burrito. Did you know that most sinus sufferers have 3 or more underlying causes which overlay to produce an inflammatory response in the sinuses? I was fortunate to have a friend recommend the book Sinus Survival at the time. I was also fortunate to have met Dr. Rob Ivker. It was an unusual first appointment. He didn’t look up my nose, didn’t prescribe another medication. He asked me about the routine of my day, what I ate, what I did, if I was stressed, how much I slept etc. and to list my symptoms. I took the quick Candida Questionnaire, and learned that I was suffering from a candida overgrowth, due to the antibiotics I had taken over the years.

Step #1: Uncover Inflammatory Factors: Dr. Ivker explained how sinus sufferers have multiple inflammatory factors, up to 15 of them, like air pollution, dry air etc. The burritio? Many who suffer from sinus conditions have food allergies, food sensitivities or eat inflammatory foods. What’s okay for one person is a time-bomb for another. My new mission was to uncover my inflammatory factors. These factors are like an onions layers to create the inflammatory perfect storm.

Layer #1: Uncover food allergies (which are usually the most often enjoyed foods). Amazingly my morning habit was one of the chief culprits: breakfast burritos. I loved green salsa. I found that anything that I ate from the pepper family caused congestion, sinus inflammation, more coughing and more drainage. I continued on my quest and found that my morning coffee’s caffeine further inflamed my sinuses. I then found that soy products played a role. I exchanged rice milk and almond milk for dairy and I had less mucus.

Layer #2: Address Fungal Overgrowth: Candida is discussed in other posts. This was another layer which caused my chronic sinusitis. (You can take a quick candida questionnaire in the Silver or Gold membership to see if this is effecting you).

Layer #3-10: I live in Colorado where it is very dry. Learning the importance of keeping the right environment for my sinuses, through using a daily spray, taking steam showers, and using the Sinupulse stopped my dry sinus headaches. With eliminating the candida, making some simple substitutions on foods, using the daily Sinus Survival Spray and changing a few other habits, I cured my chronic sinus condition.

I now take this holistic approach with everyone that I know and they too have similar results. It’s amazing how eliminating a simple breakfast burrito became one of the cures for my sinuses. I found a new life and left the depressing, painful life I was living behind. You can learn more on addressing your inflammatory layers in the Silver and Gold programs.

Send us an email if you have questions, we’re here to help! A Sinus Coach will get back to you.

How to Avoid a Sinus Infection When Traveling
Is the Gold Membership Different than Dr. Ivker’s Book?