A Sinus or sinuses are… 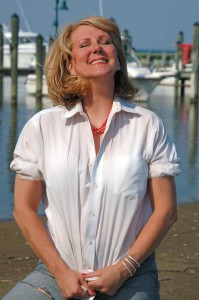 hollow air cavities in the skull connecting the nasal passages. They are connected via a narrow passageway called the ostium. The sinuses purpose is to humidify the air to the lungs, as well as create mucus secretion to eliminate unwanted particles from the body. They are a vital part of the respiratory process to bring the proper air, warm temperature and humidity into the lungs providing life to the body. Think of the sinuses as your body’s air filter. The sinuses also insulate their surrounding parts (nerves, eyes), increase voice resonance, and protect against trauma to the face. The also provide structural support for the skull and decrease the weight of the skull.

The optimal state for sinuses could be described as “Hawaii Like”, a warm, moist, clean environment. This allows for the correct function for humidified air to the lungs. The opposite or worst environment for sinuses would include too dry, too hot and dry, too cold, floating irritants, smoke or a polluted environment. These environments creates congestion, irritation and inflammation, which is the precursor to sinusitis and sinus infections. 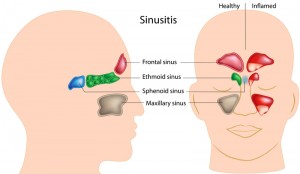 There are four pair of these cavities each referred to as:

“Paranasal Sinuses” refers to the four pair of sinuses, which are described as one functioning unit. Each cell in the inner lining of the sinuses secret mucus. Epithelial cells and others are a part of the immune system: lymphocytes, eosinophils, and macrophages).

The Sinuses are lined with a Mucous Membrane, which is one continuous tissue extending from the tip of the nose to the smallest airway in the lungs. In a sense, it’s like Goretex, a strong protective shield. It allows you to breathe and it protects you from the elements. Because it connects all three parts of the respiratory tract, and when there is infection in the nose, it can easily affect the sinuses and lungs. That is why the common cold often results in a sinus infection, or in people with higher susceptibility, bronchitis or even an asthma attack.

Lining the mucous membrane are millions of tiny hair like strands whose role is to flush out pollutants and unwanted particles from the sinuses. Their wave-like action is like a cleaning crew of the mucus membrane (sinuses). The normal action rinses these pollutants down the drain to the stomach, which has powerful acids to neutralize these particles.

With inflammation in the mucous membrane, a chain reaction of events can cause dysfunction in the body, unless proactive measures and quick action is taken to eliminate this inflammation.