Dear Dr. Ivker: I’ve had chronic sinusitis for many months (or years) and my doctor is recommending sinus surgery. Do you think it’s necessary?

That is not a question that can be answered without knowing the background and condition of the patient. The most common answer is, No! I would state to anyone that is being recommended to undergo sinus surgery to first speak with a certified Respiratory Healer who is certified in the Sinus Survival program. 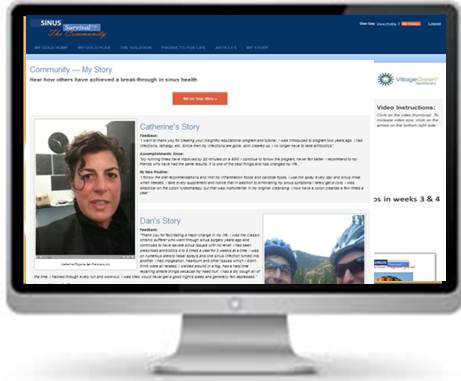 The statistics of those who follow the Sinus Survival program is 92.5%. That is a success rate without conducting invasive and expensive surgery and usually without taking devastating antibiotics. (There are severe cases which include other underlying factors which create the other 7.5%).

There are instances where surgery can be quite helpful, especially in people with large nasal polyps. If your sinuses are filled with polyps or cysts that are blocking the ostia (sinus drainage ducts), then I surgery may be the answer. I would first follow the Sinus Survival program as many who have had polyps eliminated them by reducing the mucus membrane inflammation. If you do have surgery and then to prevent them from recurring, which often occurs, begin the Sinus Survival Program following the surgery.

Sinus surgery should always be considered a last resort…

…when all else has failed. But unfortunately, for many ENT physicians (otolaryngologists or sinus surgeons), “all else” usually refers to multiple courses of antibiotics and corticosteroids. Antibiotics Don’t Work and have been proven to be less effective than a placebo, so usually, this is the wrong course of action from the start. The reason most often given to justify nasal/sinus surgery is a deviated nasal septum, the “dividing wall” between the two nostrils. The majority of people in our society have a deviated septum to some degree, but most of them do not have sinus problems. It is important to realize that if you have a deviated septum, it has been that way for most of your life; but most likely you’ve had sinus infections only in recent years. The septum is therefore not usually the cause of your problem. It is the swollen and inflamed mucous membranes covering the septum and the other sides of your nostrils (the turbinates) that are responsible for preventing your sinuses from draining.

If a deviated septum is the reason given for surgery, I’d postpone the surgery and diligently follow the Sinus Survival Program. An aggressive approach to treating candida/fungal sinusitis would be extremely helpful if you consider yourself a candidate. After treating yourself for one to two months, if your condition is unchanged (which is highly unlikely), you can then choose the surgical option, knowing that you’ve “given it your best shot.”

Follow the Sinus Survival Tutorial Series and Gold Membership to receive a thorough education as well as action items to address the root causes of your symptoms. If you are like most, you may eliminate your condition without invasive sinus surgery. If you have already had sinus surgery and it did not relieve your symptoms, you too should follow this same roadmap. Many of the past patients where in a “last resort” situation after one or multiple sinus surgeries, then after following the Sinus Survival program have achieved success as well.